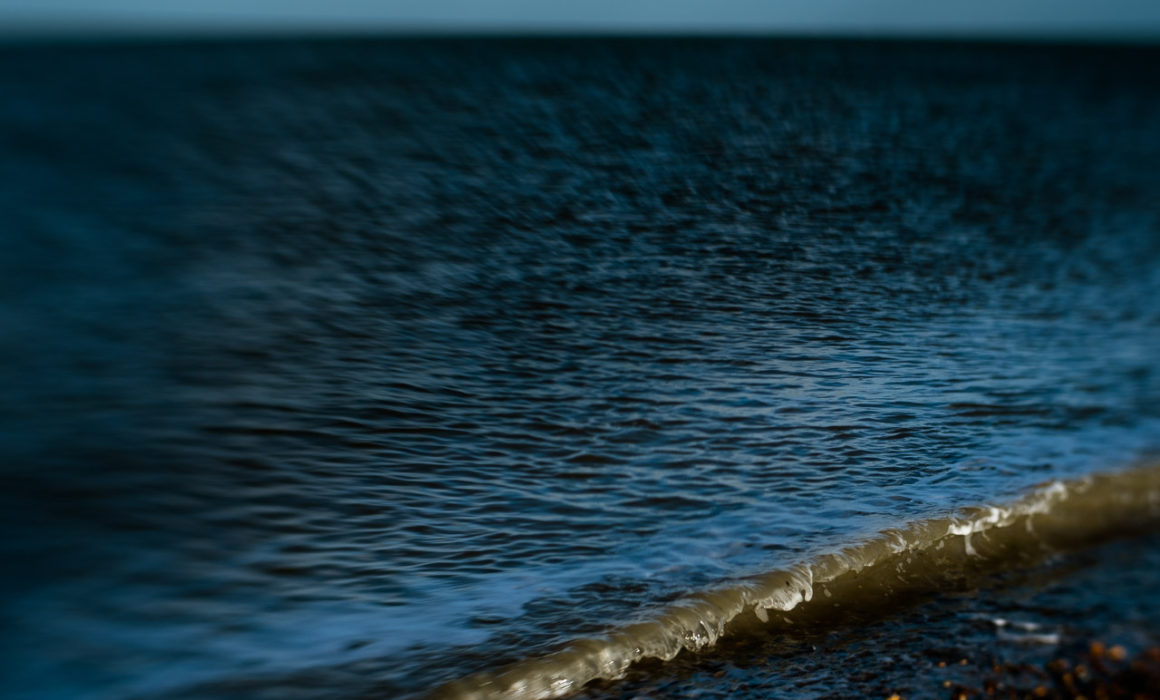 I’ve been drawn to the sea for as long as I can remember really (yes all v Moana and my hair isn’t as good!). I live in London now but I grew up just a couple of miles from the sea and we visited often as a family just as weekend jaunt to eat sandwiches or go plodging (it’s northern thing). My favourite place in the world before I explored further afield was St Mary’s Lighthouse near Whitley Bay, just down the road from my little suburbia. Summer holidays were spent gathering with all my cousins and extended family at High or Low Newton where my mam and her sisters had all spent their childhood holidays and being forced into the north sea with nowt but a bikini on (wetsuits were for wimps or professional surfers in the 70s & 80s!).

In fact the sea was one of the first things I ever photographed seriously when I picked up a camera as a teenager – initially as a means of recording the waves to take back to my art class or canvases to paint or sculpt later, before I began to feel the call of photography as the art form itself. But it was also the sea that taught me some of the technical skills of photography – how to freeze those waves and that sea spray as it dashed against the rocks at St Mary’s lighthouse. How to slow the tide down to a milky glaze or how tomato the ocean appear to froth and foam. And it’s the sea that draws me back again and again as a photographer and filmmaker, even as one based in London. This is a short mindful film that I made exploring my one of the sea while in Northumberland over the summer.

And it’s that ever changing view that sparked an idea.

Summer 2019 I found myself staring out to sea at Dunnet Head, the most northerly point of mainland UK (not John O Groats – which just goes to show what good marketing can do for you!). Partially inspired by the Auden poem, the first wisps of an idea came to me to photograph the north, the south, the east, the west. Later that year I added in Lands End and I’ve slowly added more compass points to the project.

All over the world people are gazing at the sea – at their north, south, east and west. Each person’s view differs even if it’s the same sea, even if it’s the exact same point on the compass or the globe. Because all our viewpoints encompass out own individual perceptions and identities.

From that original wisp of an idea on the wind, comes a collective of photographers gathered from around the world, each drawn to the sea in their own way. Photographing our own sea views month by month and sharing them and our thoughts as a group.

For December, to officially launch the Coast to Coast project, my view was from Reculver in Kent.

I had originally planned to make an image with a vast horizon to mark the end of the year and the start of new beginnings. But as December grows to a close, embroiled still in lockdown here in the south of the UK and in many parts of the world, it seemed more fitting to choose something that is still a little more grounded in the now, on the vastness and on the waves that still rock us but hopefully don’t knock us over. I took these images the day that the tier 4 restrictions were announced for the UK which effectively put us back on lockdown and cancelled Xmas. Taken earlier in the day before the surprise announcement I’d still been hopeful that I’d see family at Xmas and that 2021 was ahead and something to look forward to. Yet I’d also chosen to use my LensBaby Sol 45 lens which distorts much of the viewpoint with just a tiny slice of clarity and sharpness in focus. I guess even my subconscious knew that would be the fitting depiction of the year behind us and the future ahead and what the sea means to me right now in this moment.

For me this image reminds me that the sea is deep and vast and the gentle waves that lap our shore are a tiny aspect of its strength and beauty. Even when lashed by storms, calm is out there, the horizon is always ahead, the sea rewards us for patience. I’m hoping that our current situation is just a tiny aspect of what 2021 had to offer us and I do hope I manage to see this beautiful ocean again for a January image! The rest of my images from my December trip to the sea are below.

It seems fitting that we launch the Coast to Coast collective at the end of a year where our individual lives and perspectives have been mostly inward looking, with our view restricted both emotionally and physically by lockdowns around the world. So there’s something apt and hopeful in throwing our views open again to the vastness of the ocean, and looking towards the horizon of 2021 with hope and anticipation.

Welcome to our Coast to Coast loop. We are a group of photographers from around the world, from timezones as far flung as Australia to Canada and in between, each with a different seascape. Coast to Coast aims to document our changing sea views and perspectives – both literal and philosophical – of what the sea means to us, month to month through the changing seasons. To follow the loop go to fabulous Vancouver photographer Marilaine Delisle to see her post.