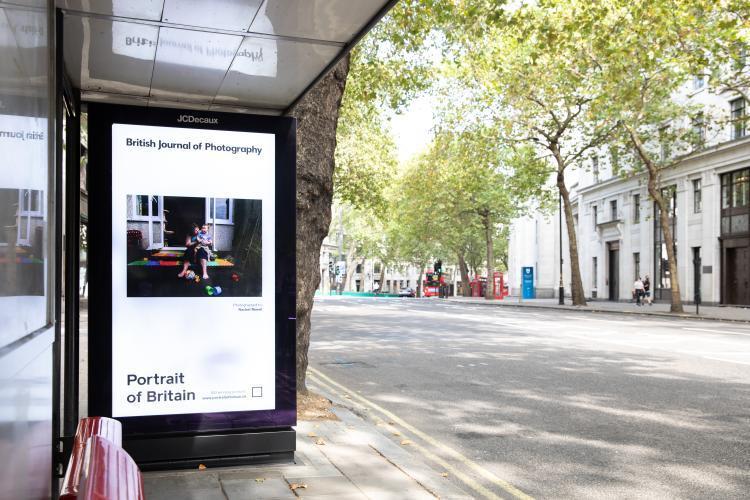 In today’s era of social media Instagram must be the largest audience for photos and reaching an audience than any other in the history of art works. And yet its proliferation is also its downfall as a means of promoting your work as it is hard to stand out from the crowd and everyone has a camera these days. As Jurgenson notes it is more of a conversation with an audience than a means of exhibiting and the very nature and volume of the work posted on there, means it rapidly disappears down the feed never to be seen again.

It is interesting how we chase the likes even as we know they don’t mean anything. Invariably the most liked are the images you’re least proud of! So much is down to networking and having your name known so that the algorithm shows your images to the right people at the right time. A quick look at my Instagram insights shows me that my most liked image on the grid as a whole was one of my parents having a cup of tea from a flask on the beach near their home. My most liked image – a grand total of 64 likes! While my Portrait of Britain winning image got only 45 – an image deemed worthy of nationwide exhibition and publication, fewer likes than one of my mam and dad. Allegedly the image with most ‘reach’ – and second most liked image with 52 – was the first from my Windows: Transitions and Thresholds series with 501 ‘impressions’ (whatever they are).

Even while we know logically that the likes are meaningless and not a measure of our worth – as a person or as an artist – t’s human nature to seek the validation. I still got a frisson of excitement when my account followers reached the 1000 mark, though I did see the humour when it immediately dropped down to 999 the following day. Reassuringly now at 1007!

Instagram has been used mainly as a shop window for my business though it is difficult to measure how effective it is as a tool. As a shop window I haven’t used it as a means of social communication like that described by Jurgenson, and thus I don’t actually use it v much and at best sporadically – which is probably why my highest number of likes is the dizzying heights of 64. Any social communication is segregated into stories which disappear after 24 hours, rather than on the grid. Instead I use Facebook for this kind of social interaction with friends and acquaintences.

It is an interesting question to pose whether Instagram represents your identity as a photographer – or your identity as a social person – as I feel that even as photographers we can be multi-faceted just as we are in life. I like aesthetically pleasing landscapes and nature shots as much as I like edgy gritty social documentary. I shoot personal artistic projects and I shoot documentary family photo sessions and I shoot behind the scenes stories of artists and creative businesses. I was once advised to separate these Instagram accounts out so that it didn’t confuse my audience. However there is also a lot of overlap in those audiences as potential clients – business owners have children and do also buy or have an interest in art. Clients do like to see the breadth of me as a photographer and get a sense of my capabilities.

My own practice has been shaped by technologies the times. I started out learning on 35mm film with a darkroom at school and went onto train as photojournalist and worked as a press photographer developing own work for the purposes of the newspaper in B&W. I gradually did less photography as I became disillusioned with press and editorial photography, and subject to self-doubt in the days pre-digital where I couldn’t simply check the back of the camera for proof of a job well done, and moved more into the writing side of media and comms work eventually directing and briefing other photographers rather than holding the camera myself. When I travelled to SE Asia I took rolls of film, but by the time I went to Peru I saw the advantage of travelling light and bought a digital bridge camera for that purpose, moving eventually to digital SLRs to mimic my old training and re-igniting that creativity. I latterly switched to mirrorless – again due weight and size considerations while maintaining the flexibility and technical ability of SLRs. In my personal work I’ve gone even further back in the ‘small is beautiful’ ethos with a Fuji x100v – something I can sling in a bag and takes up next to no space BUT maintains the quality of a bigger camera. I do sometimes use my phone – if I have nothing else on me – and have actually had phone images exhibited, but the lack of technical control for the user frustrates me when I know I want a specific shot that a ‘real’ camera could take. However it’s great for capturing those snapshot memories on the go.

I have returned in last couple of years to analogue photography picking up my old Nikon FM2 from my press days and a secondhand Bronica Zenza medium format. Something about slowing down, almost re-learning, definitely re-aligning and reconnecting with the process, choosing carefully so as not to waste film, brings back some of the original love and excitement. I was particularly interested in Jurgenson’s point about the nostalgia factor which ties in with the rise in popularity of analogue. This makes me feel like I’m jumping on a bandwagon – much as Grayson Perry ‘worried’ that his love of Victorian narrative art was becoming less quirky and niche and more mainstream! – though actually I’m just returning to my roots in photography. Much like the resurgence in popularity of The Pixies – I was there the first time round! Our culture seems to require both originality and uniqueness while at the same time demanding conformity!

Tempting as it is to chase the likes and the validation, it really is fleeting and ephemeral and ultimately unsatisfying. For me it feels more of a validation to see my work exhibited or published – some stamp of approval from the ‘art establishment’ and a mark of the work being taken seriously. As Berger says: “…when an image is presented and a work of art, the way people look at it is affected by a whole series of learnt assumptions about art.” (1972: 11). That is to say – someone has deemed it worthy of ‘art’ status, of exhibiting or publishing, and thus in that context the audience will view and appraise it as such. There is also something about the permanency and the legacy of a tangible means of showcasing work – albeit an exhibition is not a permanent fixture (unless you are very successful indeed!), it leaves a more permanent mark in the mind of the viewer: the audience recalls seeing the exhibition and the images are imprinted in their memory as something they experienced in the ‘flesh’. I have had a number of my works exhibited as part of wider exhibitions and my own solo exhibition as part of the local Arts Council-funded programme, as well as had some of my works published in books, and these are the outlets that I would like to pursue going forwards.